Baltimore has been named one of the Top 10 Most Millennial-Friendly Travel Destinations in the United States based on a recent poll of 1,000 millennial travelers. The city came in at #10, beating out better known travel destinations such as New York City and San Francisco, but the lead is unlikely to last.

To compile the list, HomeToGo considered 500 American cities and ranked them across 6 key factors (listed below with Baltimore’s rank in each category):

It’s clear that Baltimore’s popularity amongst millennials is due largely in part to affordable accommodations. Ironically, that’s why Baltimore may soon be removed from this list completely.

On Thursday, December 6th, the Baltimore City Council is expected to pass legislation that would greatly restrict property owners from appearing on home sharing sites such as Airbnb and HomeToGo. Without these opportunities the supply of affordable travel accommodations will shrink, providing far fewer options for travelers, and giving hotels unrivaled control of the Short Term Residential Rental market.

With steady demand and a shrinking supply of affordable accommodations, prices will increase. That is, until travelers catch on and choose cities other than Baltimore for their next trip. Considering that millennials will be the largest generation by population size by 2019*, they’re known to spend serious time trying to find the best-value deals, and they take more vacation days than any other generation**, that’s a very concerning revelation.

Councilman Eric Costello, the bill’s sponsor, claims it’s all about protecting neighborhoods. However, the proposed legislation unnecessarily extends its restrictions into bar districts (such as those zoned C-1-E) where – after this bill is passed – a property owner would be permitted to open a 3-story bar with live music but could not legally operate a new Short-Term Rental.

Other proponents of the bill, such as Councilman Ryan Dorsey, claim that the lack of complaints regarding this legislation are reason enough to support it.

Perhaps most confusingly, the expected passing of this bill comes on the heels of the Baltimore City Council openly shunning major hotels for their improper use of millions of dollars in tax incentives (watch for 2-minutes):

This sentiment is in direct opposition to viewpoints held by lobbyists such as Frank Boston III from the Maryland Hotel & Lodging Association who suggest Airbnb-style rentals have an unfair advantage over hotels. He says Airbnb hosts should be subject to the same tax, regulatory, and licensing requirements that hotels face- and Airbnb hosts in Baltimore agree.

The Baltimore Hosts Coalition – composed of hundreds of Baltimore City property owners operating Short Term Rentals – has supported an even playing field, agreeing that Short Term Residential Rentals should be taxed and regulated. However, they argue that the proposed legislation reaches much too far.

In addition to applying the Hotel Tax to all Short Term Rentals, the Baltimore City Council is seeking to universally ban all new Short Term Rentals after December 31st, 2018 unless the property is also the owner’s permanent residence. For a city desperately trying to turn vacant homes into valuable properties it’s difficult to see the logic in passing a bill that would immediately decrease the value of purchasing a vacant home.

In an effort to be transparent, I’ll gladly disclose that I stand to benefit from this bill passing. I currently operate an Airbnb that would be allowed to legally continue operating if this bill is signed into law. Fewer Airbnbs would mean less competition and more profit for me… but only in the Short-Term.

As a Baltimore City resident and property owner, I’m much more concerned about the long-term prosperity of the city than the short-term benefit from anti-competitive legislation. I believe Baltimore’s economic growth and prosperity will suffer as a direct result of this legislation passing. Furthermore, the burden of this legislation will fall squarely on small businesses in Baltimore, passing all the benefits to corporate entities and their shareholders.

If you want to find the most recent version of the legislation online? You’re out of luck. The City’s own website which tracks and posts information about current legislation has not updated documents for the bill (18-0189) since October 26th, 2018, despite having 2 more recent documents, voted upon on 2 separate dates (November 19th, December 3rd). In a semi-related note, I believe the Baltimore City Council should move to amend their City Council Rules to require documents presented and voted upon in City Council hearings to be made publicly available online prior to their appearance in a public hearing or meeting where a vote is being held.

If you’d like to attend the final vote on Bill 18-0189 it is being held at City Hall on Thursday, December 6th at 5PM. You can also watch live on CharmTV. If you are a Baltimore City resident or property owner who feels strongly about this legislation – regardless of the opinion you hold – I would urge you to immediately contact the Council Person from your district and let them know. You can find your district’s council person here. 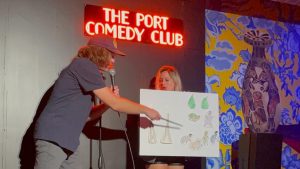 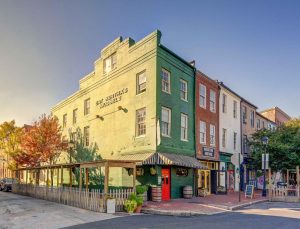